SorareSharp – Change The Game! Compete with the pro’s, with a dynamic app with features that will take your game to the next level! 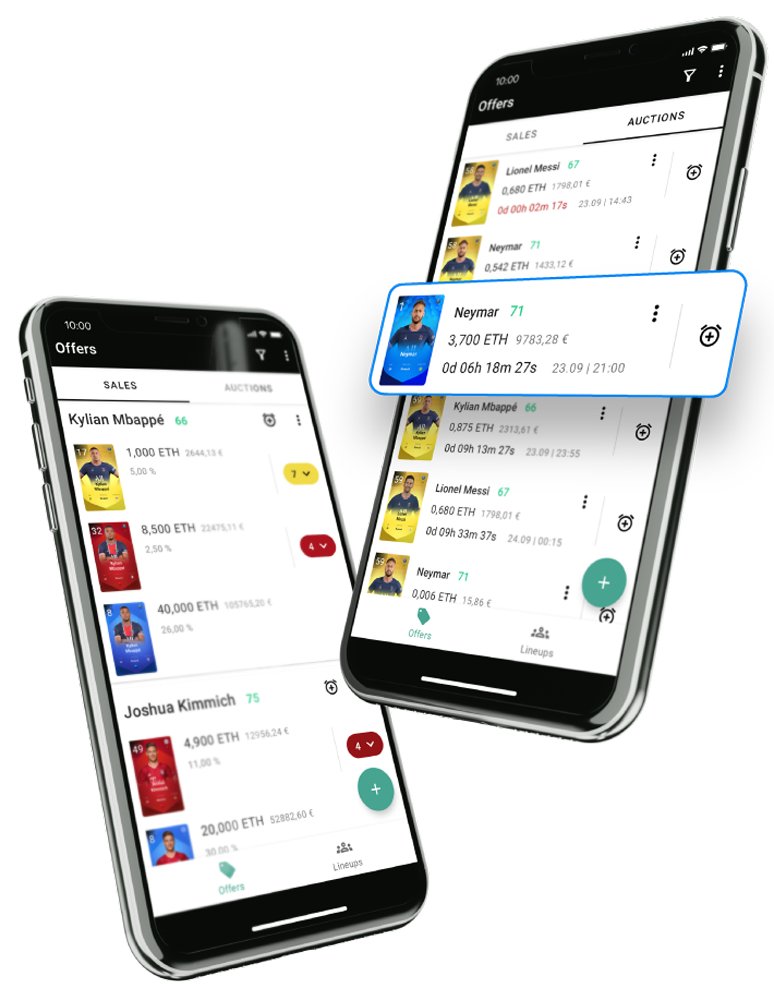 Why Do You Need SorareSharp?

To be the best, you gotta have the best tools. SorareSharp will make sure you get everything you need in just one click.

Our team is young, dynamic and constantly adding features to SorareSharp from your feedback!

Set alarms, lineups, get player news, everything you need. Information is power and we deliver!

We have an active Twitter community, with giveaways, hot tips, guides & more!

Play Like A Pro With Streamlined Sorare Team Management

Sorare-Sharp offers features and Sorare team management options that you won’t find anywhere else. Find the winning edge and manage your team like a pro, every move counts!

Get a notification every time your selected player is offered below a specific price!

Get reminded for any auction of your preferred player so you don't EVER miss an auction again!

See the cheapest of your favorite players on the market in every Scarcity in one glance.

Get Player News straight from Google or Transfermarkt in just one click.

See any lineup for every team you have players in simply & easily.

Every time your preferred player is offered at the open market, get a notification whenever he’s offered below a specific value.
Make sure you get the player for the best price! 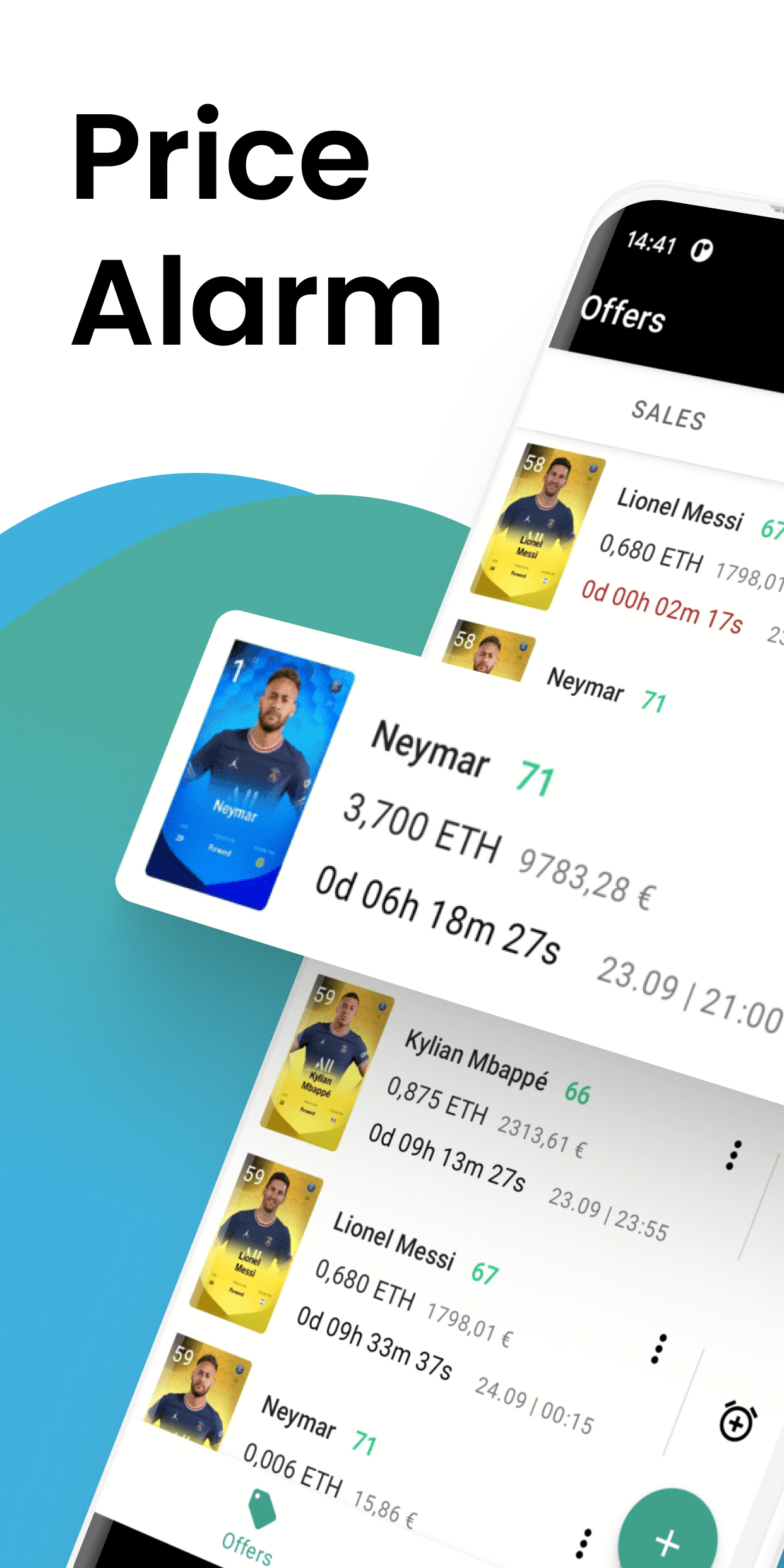 You always missed auctions of your preferred players?
Set your reminder and never miss one again! 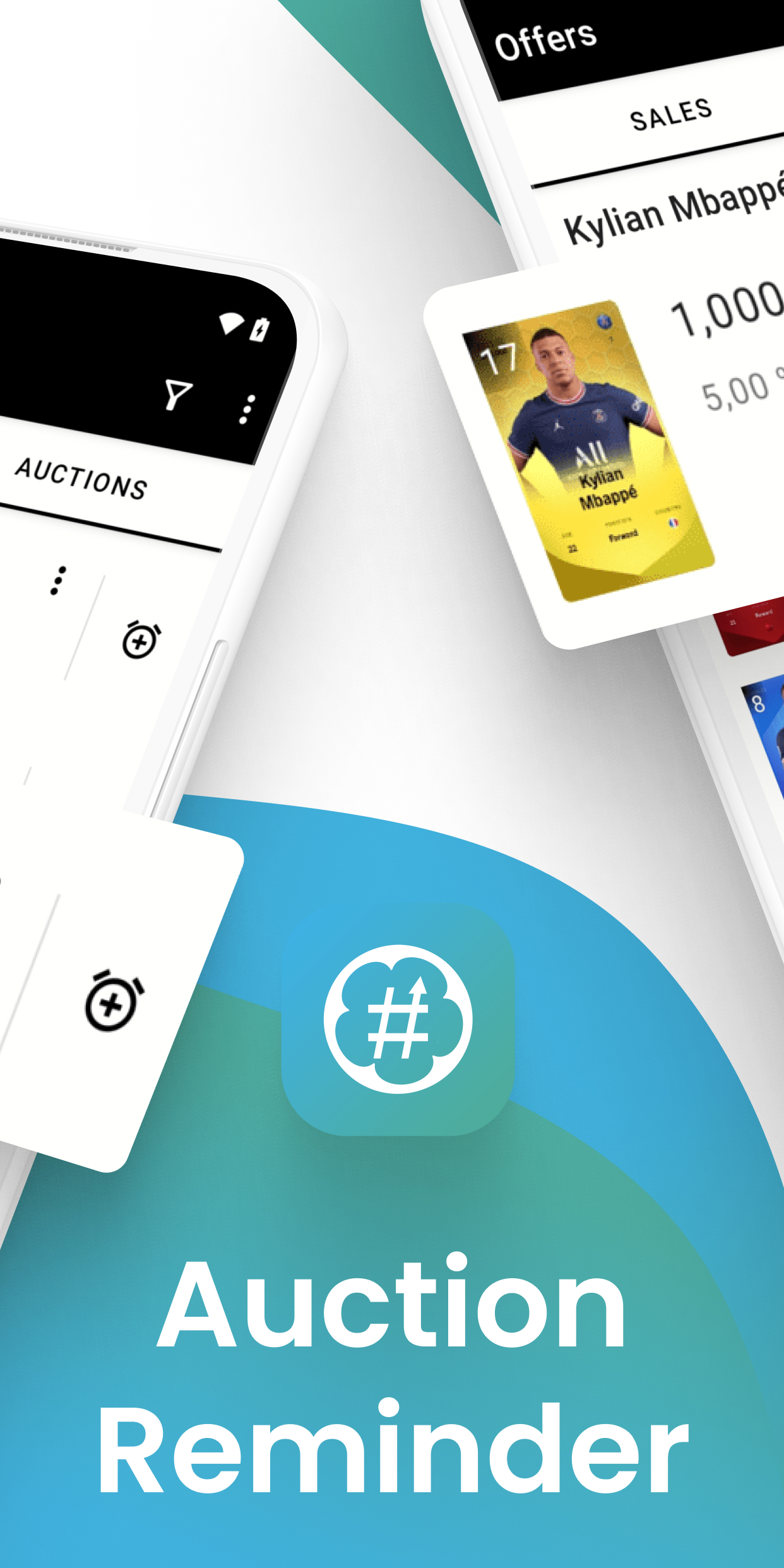 Lineup decisions easy with SorareSharp. Simply select a player and the most important player news are only one click away.
Make your Lineup like a Pro! 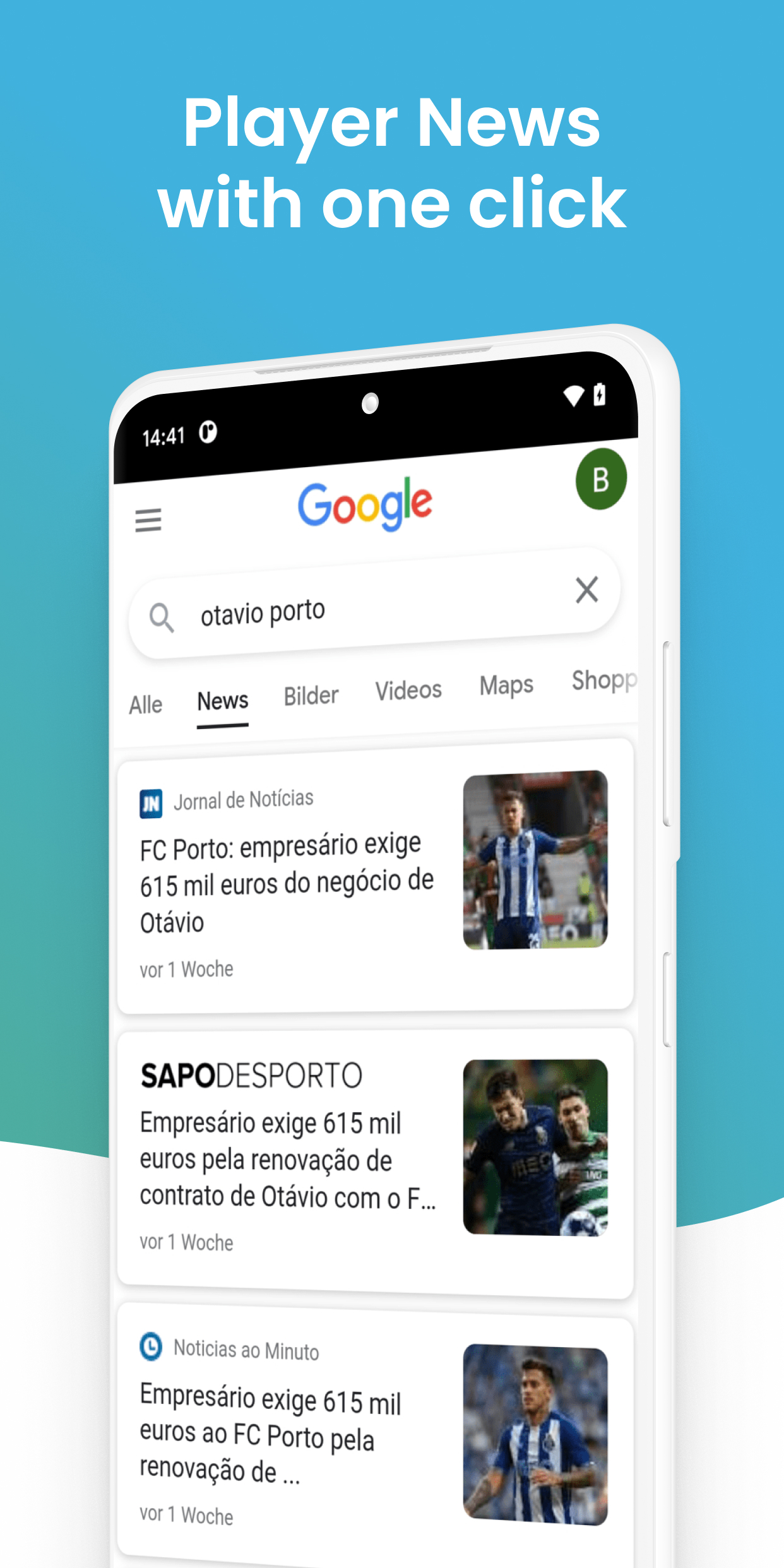 See any lineup for every team you have players in simply & easily. Our Lineup research team will provide the sharpest Lineup Projections in the Game!
What´s Next? 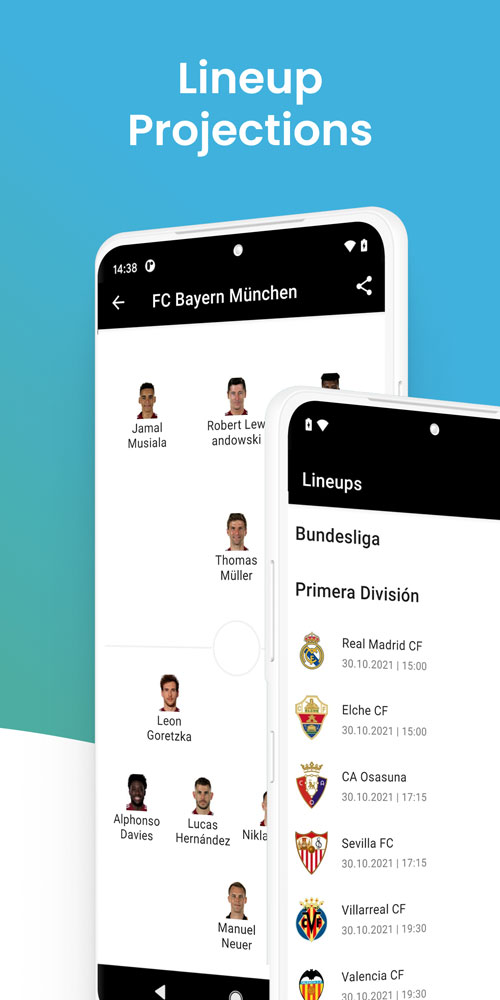 SorareSharp, easy to use with more features to come!

We love feedback! Let us know what you think you need to win in Sorare via our Twitter channel and we’ll continue to develop more. 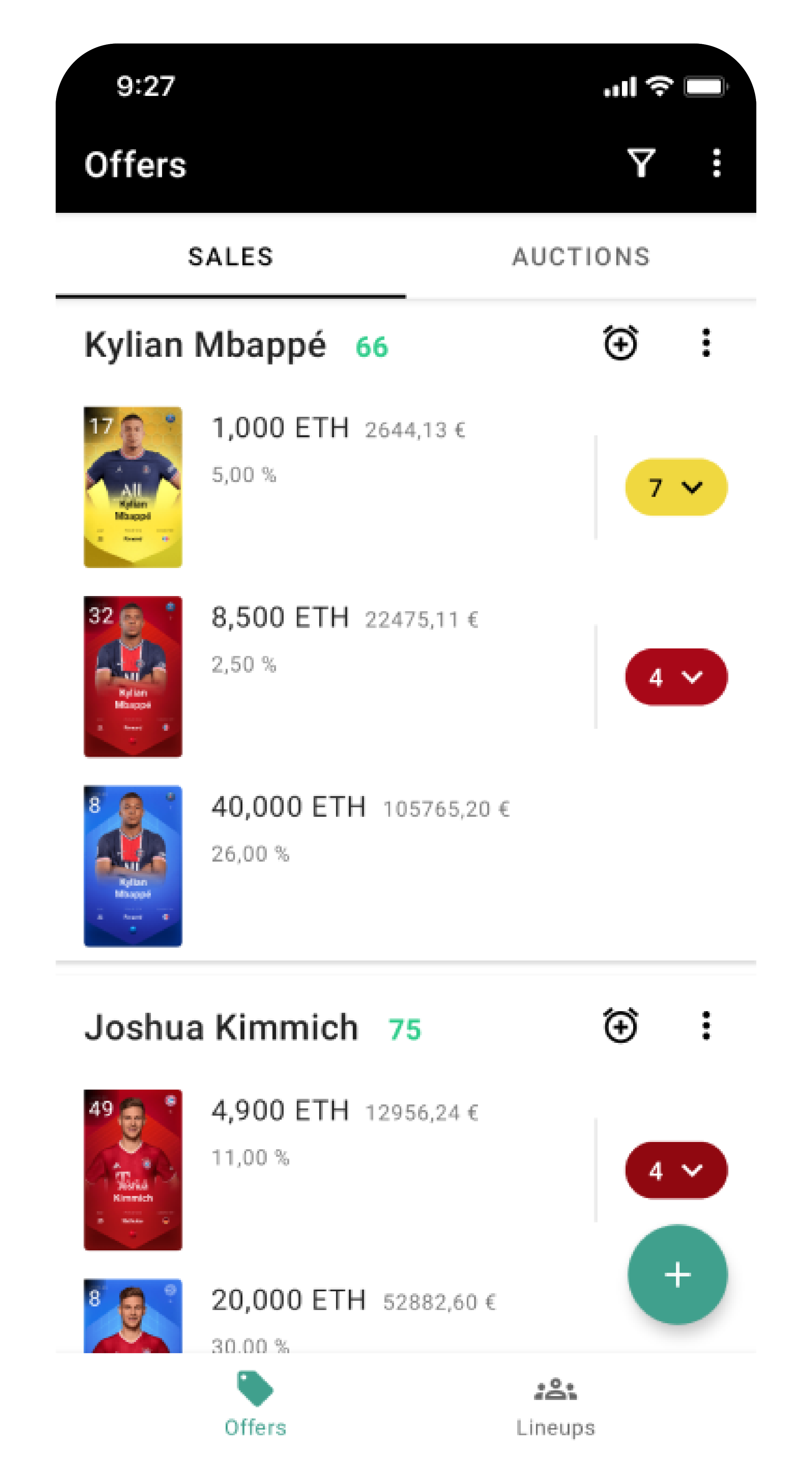 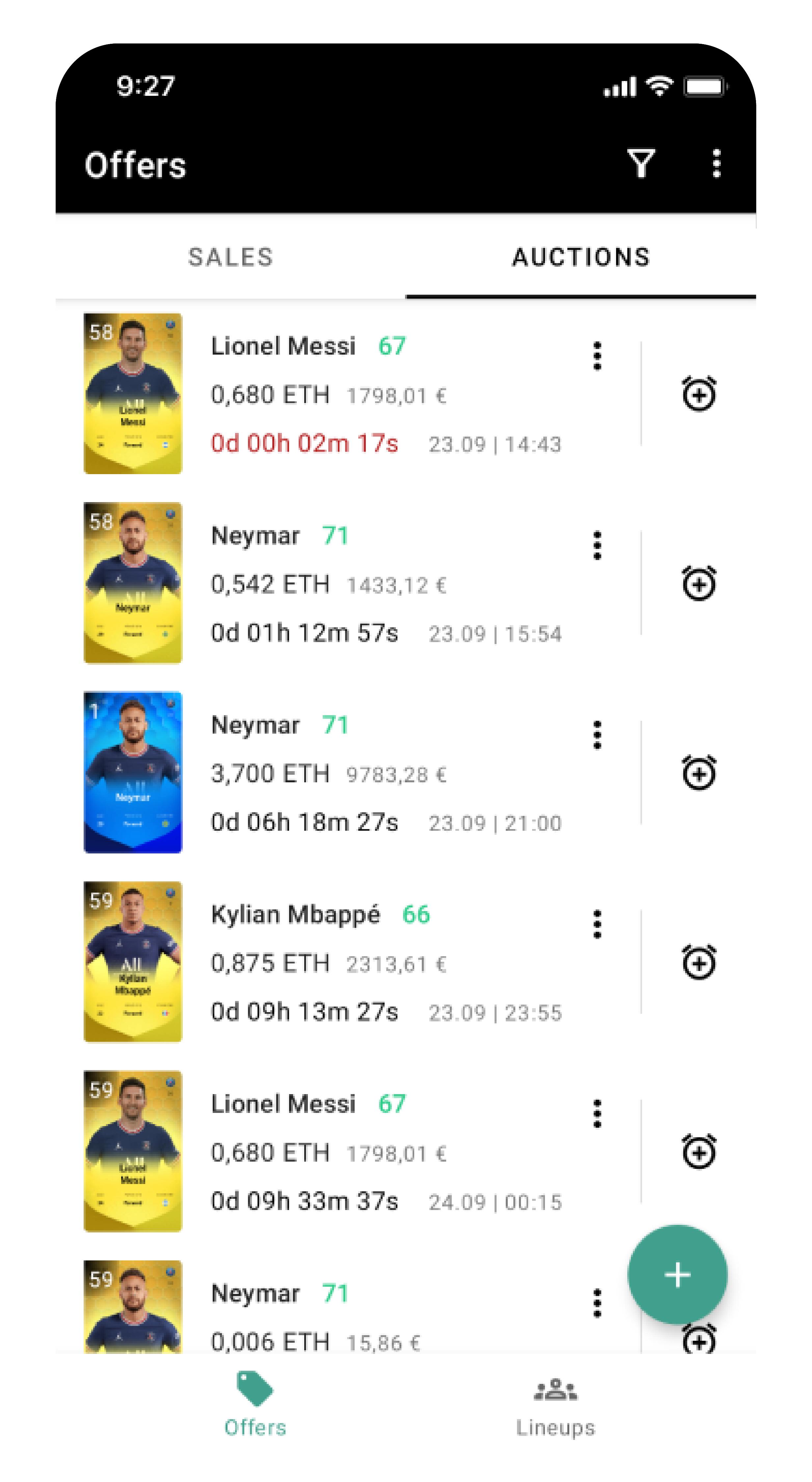 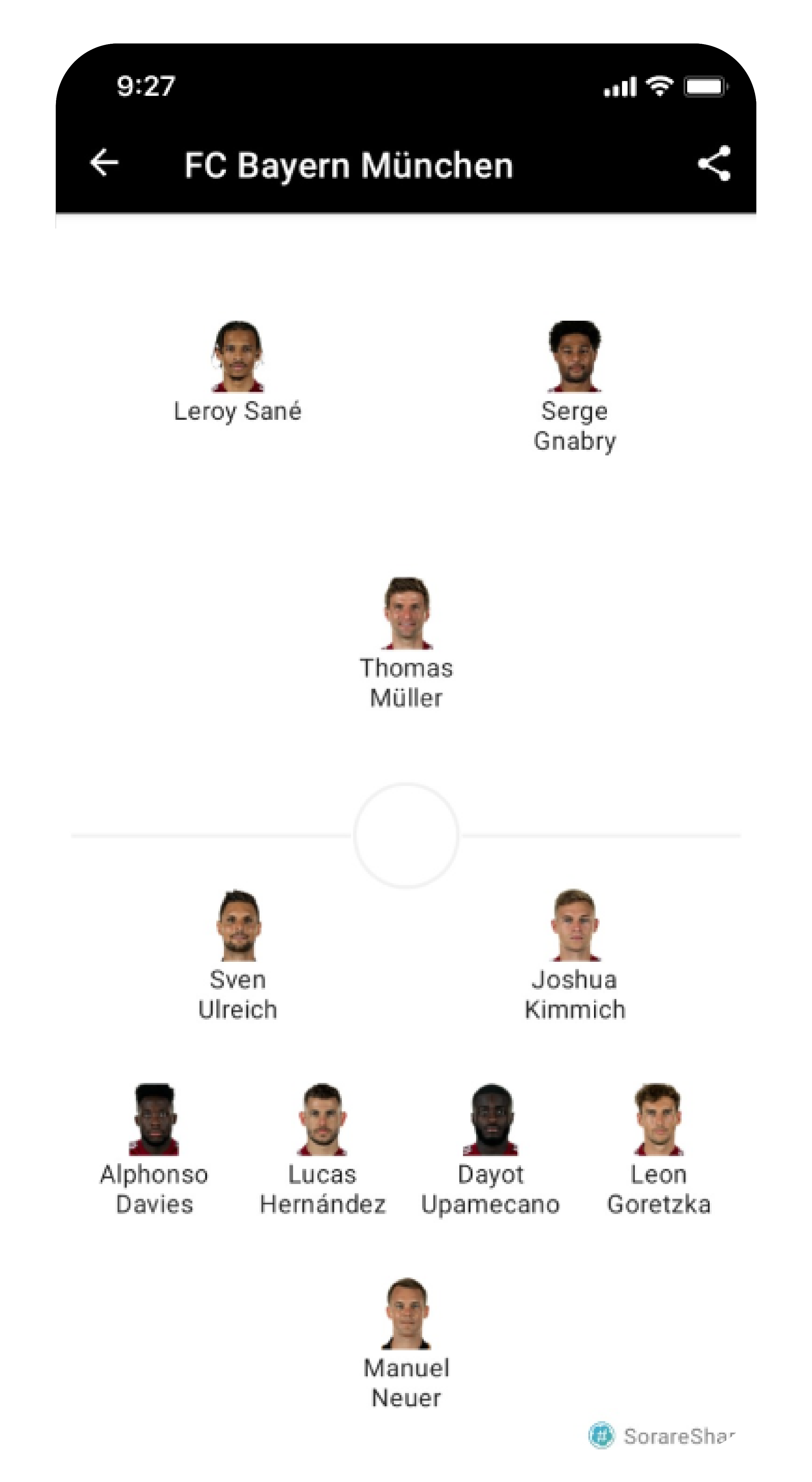 Conveniently available in both the App Store & Google Play store. Take the next step to becoming a pro Sorare manager. 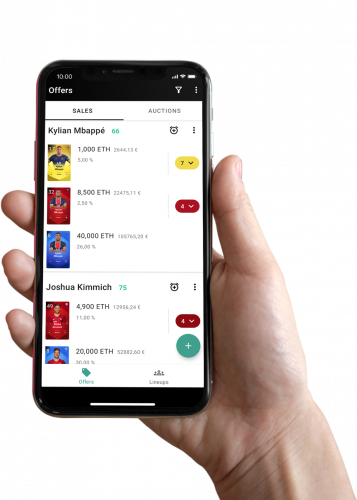 Always up to date with the latest in our Sorare app development, news and updates!

RT @sorare_turkey: It's give-away time! In collabration with our dear friends at @SharpSorare 🎁 Reward: A Limited Anastasios Bakasetas Car…

RT @DenmarkSorare: 🎁 #Sorare Giveaway 🎁 Your chance to win a limited Louka Prip 🇩🇰 How to enter: 1. Follow both @DenmarkSorare and @Sharp…

Check out this giveaway from our #Eredivisie Expert @YungDiIIa 👀🎁 https://t.co/rPNNVXGRIS

RT @huitdepique: #MLSLINEUPS2022 Ok, let's start with the Western Conference this time. 🧵 👇 Reminder: Those are only my personal pred…

RT @DenmarkSorare: The predicted Superliga lineups for #sorare GW 250 are available in the @SharpSorare app and on their website: https://t…

@KortPatrick @SorareBelgium iOS will be available soon. For Android you'd need to update your app. Otherwise you can check here (with a mobile browser, please select desktop version) https://t.co/OsloAsTkO0 👍

Once again, great job! Check out the lineups for gw 250 by @SorareBelgium 🇧🇪 #Sorare #lineups https://t.co/MtDhODsFnA

@paleto79 @SorareBelgium True, he's injured, thanks for your remark. Same lineup as gw248 accidently showed up, even though it was just a draft.

We’ve compiled a list of FAQs about Sorare here. Check out our blog section as well for more comprehensive updates, relevant news & guides!

Sorare is a digital football trading platform based on the Ethereum blockchain. Users on Sorare.com can buy, sell and trade blockchain cards that represent professional football players in each season. By trading cards in the open marketplace and participating in tournaments, users can earn cryptocurrency and win more player cards. The in-game performances of the player cards are based on the real-life activity of the players they represent, which creates a unique opportunity for football fans to engage with the sport in a like-minded community of football fans.

Sorare was founded in 2018 by Nicolas Julia and Adrien Montfort. The platform has experienced impressive growth over the past few years and currently has more than 600,000 registered users along with licensed players from over 180 official clubs. Among this growing selection of clubs are Liverpool, Real Madrid, Juventus, the French and German Football Federation and more.

Getting started on Sorare

To start participating in fantasy football, you need to sign up on Sorare.com and create a profile with an avatar, a team name and optionally a logo. During the introduction phase, a number of tasks need to be completed as a tutorial exercise, for which rewards are up for grabs. Once you have established your own club, you will receive your first pack of digital player cards, which can be used to enter tournaments such as the Rookie League.

To put your own team together, you will need at least one goalkeeper, one defender, one midfielder and one striker. Additionally, you can add another defender, midfielder or striker to complete the deck of five players. While these beginner cards can be used to participate in gaming activities, they are not based on cryptocurrency and can therefore not be traded in the open marketplace. To expand your digital card collection, you can advance to purchasing player cards. This is where the game gets interesting. Sorare cards are non-fungible tokens (NFT) with limited availability released per season.

The recent addition of Limited cards has increased the number of available cards to play with while making the game more affordable. The rarer a card is, the higher the demand and the higher the value. Although it is possible to play Sorare without spending any money, gaming activities may be limited and chances of performing well in tournaments are low. Collecting rare cards that increase in value can pay off in profit later on while top-performing players will lead to better results and increased earnings in tournaments.

Sorare uses ether (ETH) as a currency. By using a global cryptocurrency, the platform is accessible to users from across the world regardless of the currency of their home country. There are two ways for players to connect ETH to their Sorare profiles: Use your local currency.

To top up your Sorare budget, you can deposit funds in your local currency by using a credit card or bank transfer. Use a crypto wallet. Crypto wallets are popular among Sorare users as a means to buy new player cards on the platform. Various options for crypto wallets are available on both mobile and desktop. The NFT technology of the player cards ensures that a high level of security is maintained for Sorare users. Cards cannot be duplicated, deleted or stolen.

An additional safety measure implemented on the platform is two-factor authentication to help prevent account hacking. In the case of account hacking or compromising, the account will automatically be blocked to ensure it can only be reactivated by the rightful owner.

With the use of a Sorare app, crypto fantasy football users can manage and track their performances easily. SorareSharp is a Sorare app that is equipped with a wide range of valuable features such as auction alarms, player news updates and projected lineups to help users achieve better trading results, create better lineups and manage profits efficiently.

Making use of these Sorare app features will give fantasy football managers on the platform a competitive edge to improve their chances of winning weekly prizes and earning ETH.

Various tournaments are available to participate on the Sorare platform. Different leagues may have certain requirements related to a user’s age, location and player cards. Players must participate in a Gameweek tournament to gain XP. A player sitting on the bench will not get any points. The following leagues are currently available:

There are two ways to earn cryptocurrency on Sorare: Sell player cards at a profit on the open marketplace. To sell a card, click on the “Sell my card” button and set your desired price. Although you can set any price, it is important to be realistic in order to attract buyers. Once a card is priced and placed on the marketplace, it stays there for 48 hours, after which you have the option to adjust the price.

Getting started on Sorare? Or have some feedback for SorareSharp?

Fill in our form here and drop us some feedback, or simply reach out view Twitter. Get started on Sorare by using the link below!